If you’ve thought lately: ‘I don’t actually know what the legal age to vape is, don’t worry. Vaping is a relatively new pastime that has grown in popularity over the years.
Unsurprisingly, this new need comes with the introduction of government regulations. Is there a legal age to vape? What is it and how does it compare to the rest of the world? We answer all of these questions and more below.

If you’re a vape enthusiast (and over the legal age), Mckesse’s top selection of e-cigarettes, e-liquids, disposables, and accessories can cover all your disposable vaping needs.

Why is there a legal age to buy a disposable vape?
This is primarily to protect young people from becoming addicted to nicotine. vape and disposable e-cigarettes are often used by those who want to gradually reduce their nicotine consumption. 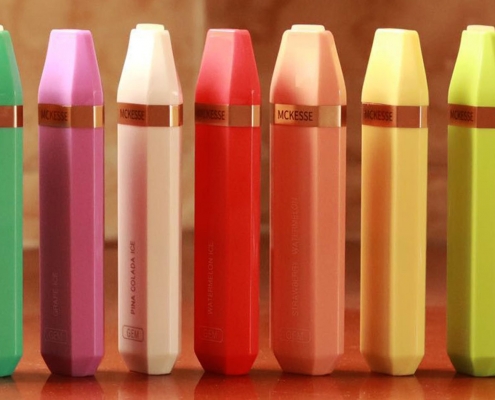 Setting the legal age for single-use vaping to 18 would protect young people from the risks of nicotine addiction while giving them time to mature. Vaping is a hobby for many people, probably stemming from an interest in vaping products and E-liquid flavors.

As in the case of purchasing alcohol or nicotine, young people have the option to participate once they reach legal age. Young people are subject to this law not only in vape shops but also online. Users will be required to confirm that they are over 18 years old before accessing websites that sell tobacco products. Some retailers may also require third-party verification to ensure their customers are over the legal age.

In most of Europe, including France, Spain, Germany, Italy, Austria, etc., the legal age at which you can vape is the same as in the UK: 18. Most countries in Europe use this age as a benchmark for vaping because it is considered complementary to tobacco laws.

Instead, Australian citizens can now only get the products with a doctor’s prescription. This is to steer smokers away from consuming products with higher nicotine content and towards adjustable disposable vape.

How to identify the quality of Vape oil?
Scroll to top